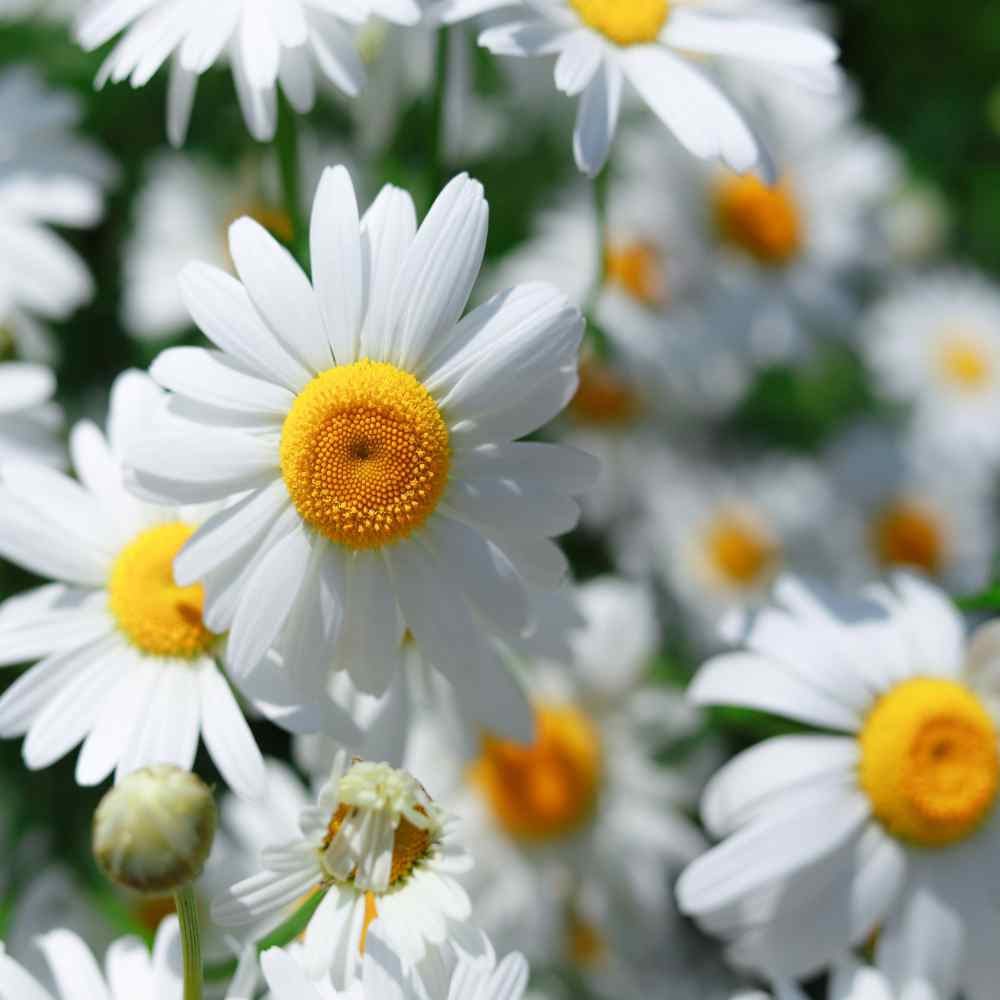 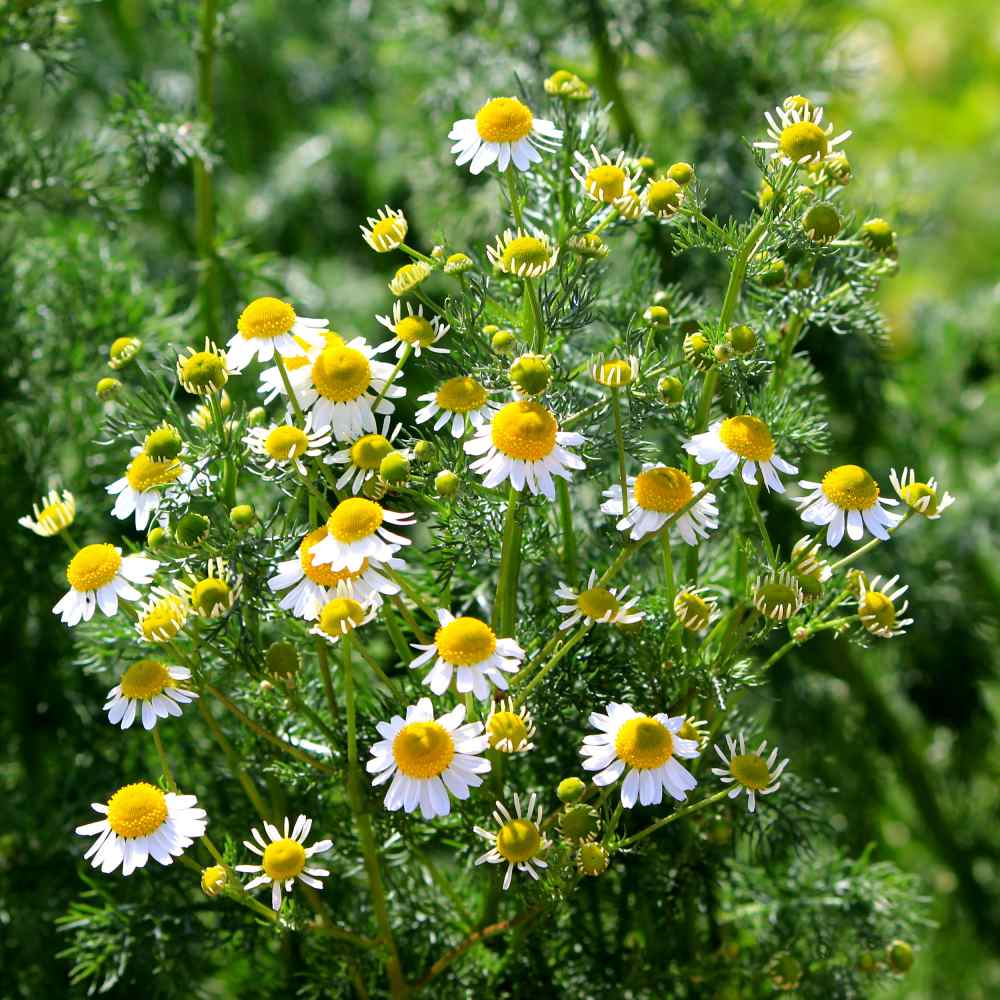 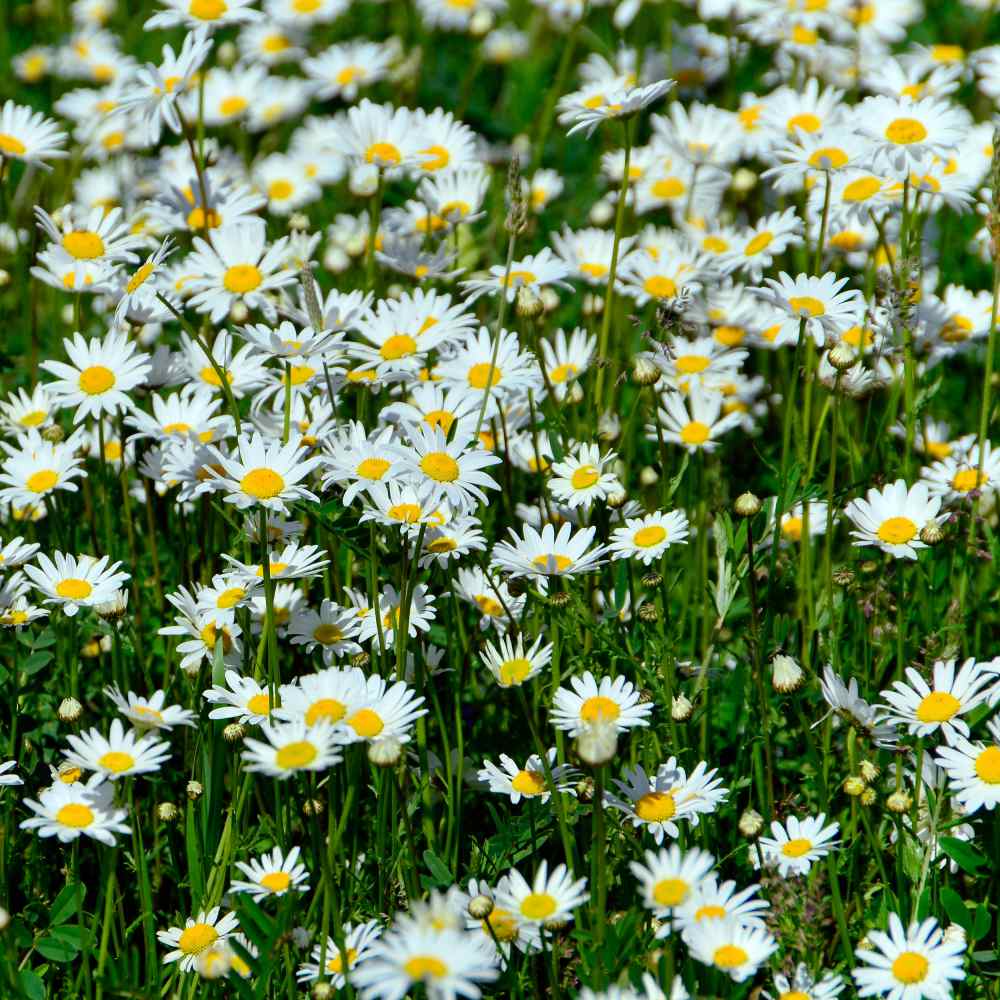 Roman Chamomile (Anthemis nobilis) - Chamomile seeds produce a thick, evergreen perennial herb plant that is very versatile and lovely. Roman Chamomile forms a 6 inch mat of sweetly scented, parsley-like, bright green foliage, and it produces tiny, white and yellow daisy-like blooms in the late spring. An herbal flowering carpet comes to life! Easily grown from Roman Chamomile seeds, this herbal carpet can even be used as a lawn substitute. This is the species grown for the famous British Chamomile lawns. If you have ever dreamed about growing a Roman Chamomile lawn, this is the variety of herb seed to try! It holds the soil in place even on slopes, it spreads to fill in gaps, and it blocks out most weeds. It can be mowed (after flowering and set the mower on the highest setting), and it tolerates light foot traffic. Roman Chamomile ground cover is unique, aromatic, attractive and is well-suited for covering large areas and can be started by sowing Chamomile herb seeds. Another benefit is that Roman Chamomile flowers are used in herbal teas and are said to have medicinal properties.

How To Grow Roman Chamomile: Sow Roman Chamomile seeds in spring after danger of frost in a weed-free prepared seedbed. Sow the herb seeds on the surface of the soil and lightly cover with peat moss. Keep the seeds moist until germination occurs. Roman Chamomile plants may deteriorate in very cold or wet winters, but they will most likely recover. Harvest chamomile flowers when they are first fully opened. Use them fresh or freeze them for later use.