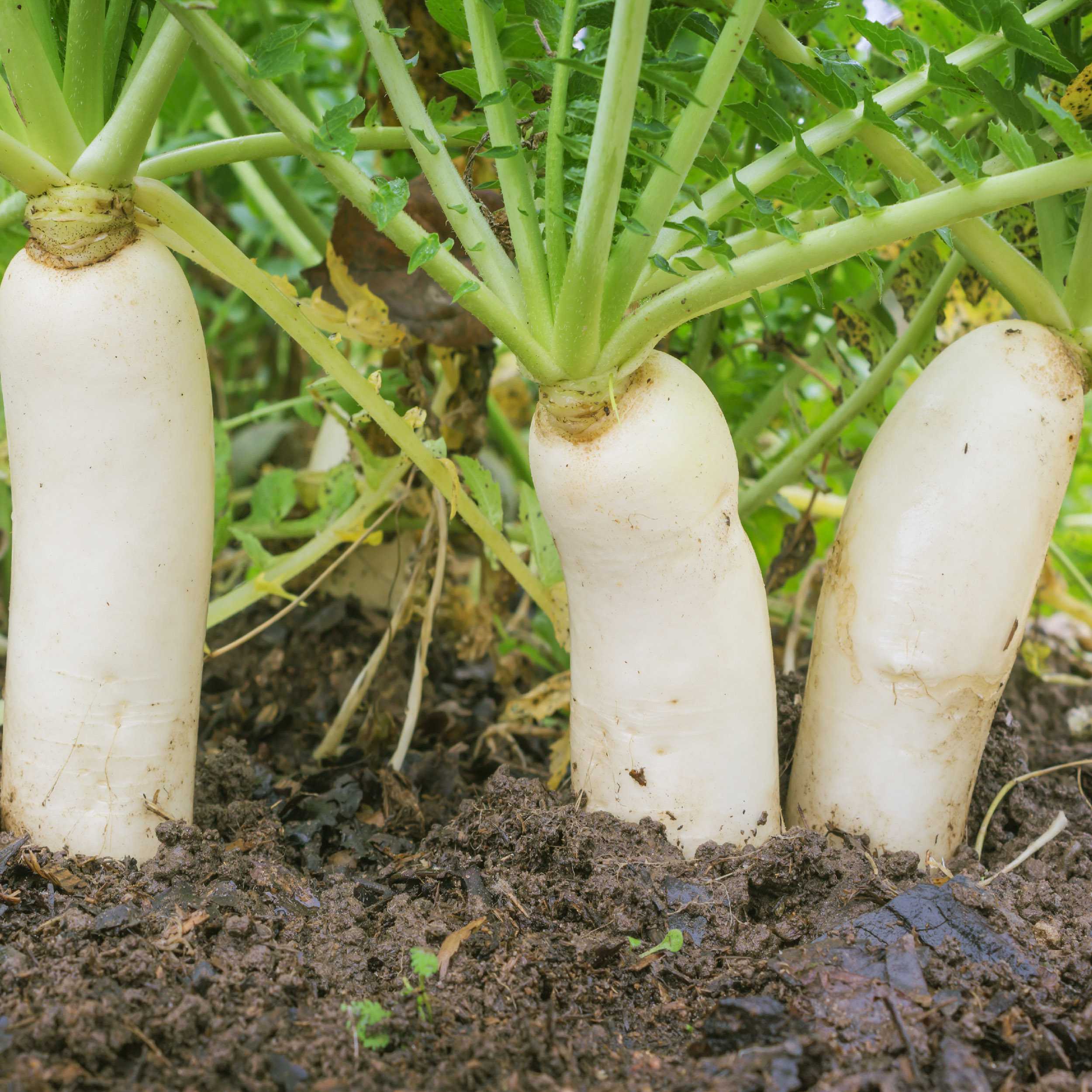 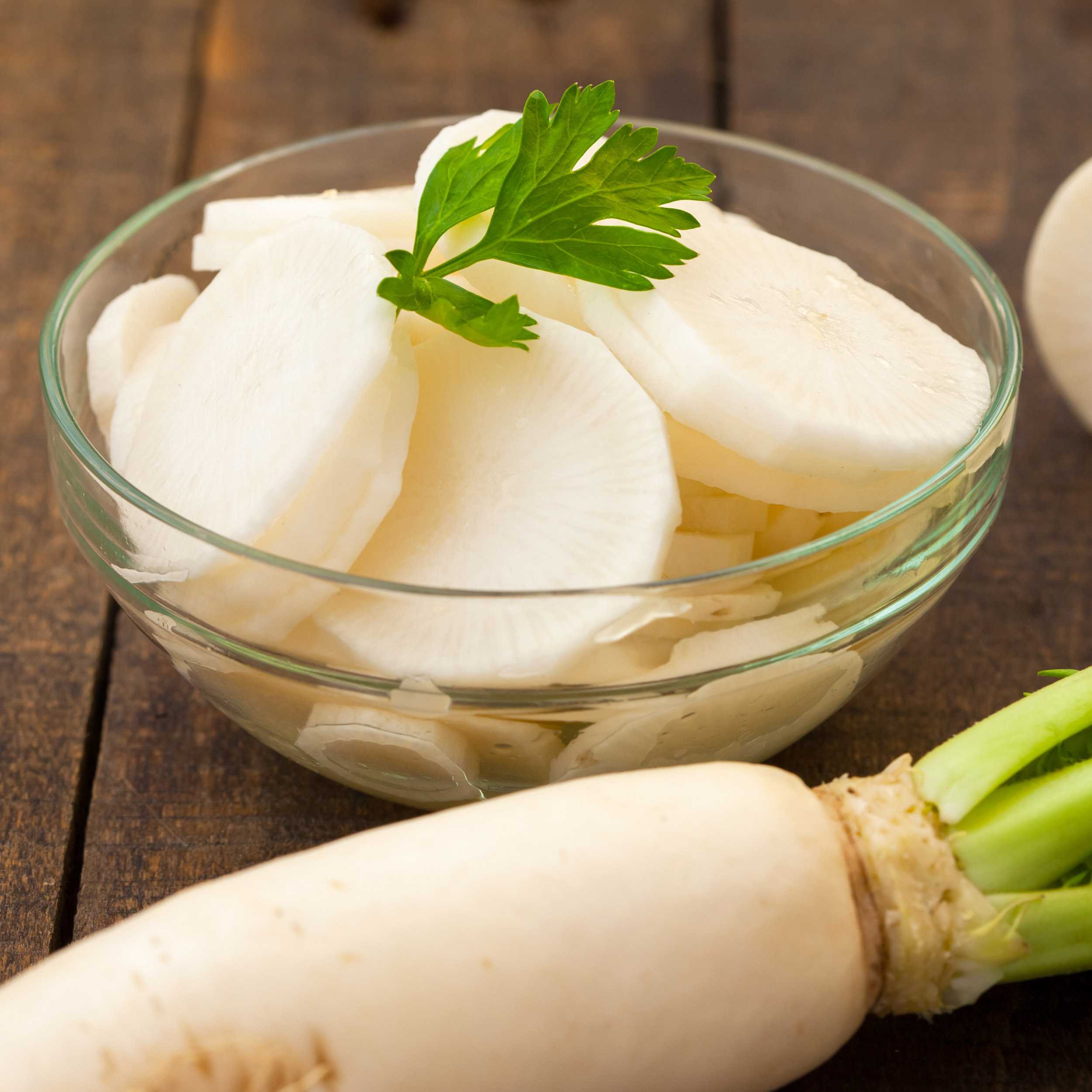 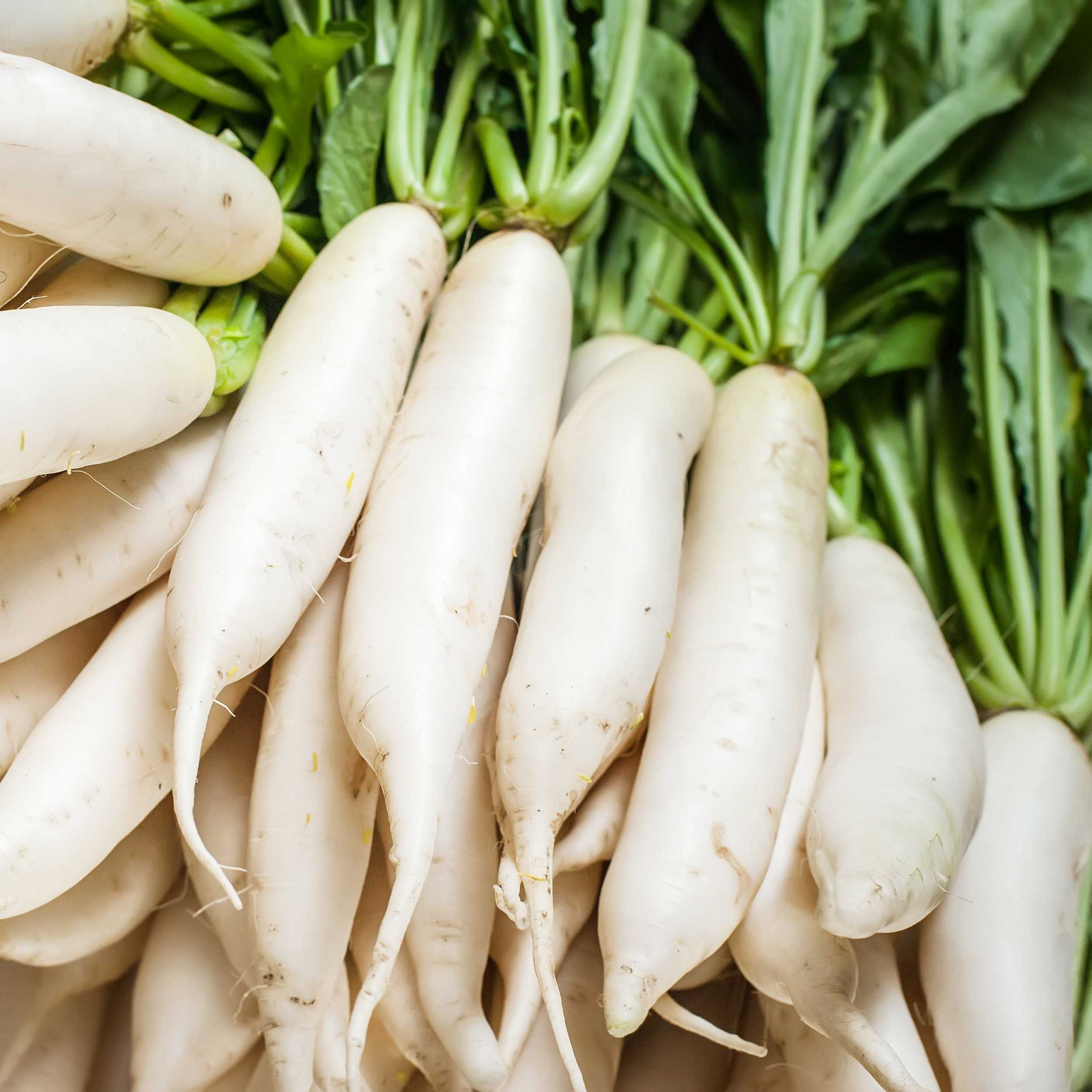 Fracking Daikon Radish is a deep rooted forage radish that will make an outstanding winter cover crop. The deep taproot of the large rooted plant can help break up the tough, compacted soil, improve water infiltration, suppresses weeds, eliminate pests and stores nitrogen. When planting daikon radish seed as a cover crop, the benefits will be optimized if planted in late summer:

That is not near all there is to know about Daikon radish. Some people refer to it as Oriental radish, but daikon is a vegetable that actually goes by many names including: mooli, Chinese radish, Satsuma radish amd Japanese radish. In fact, daikon in Japanese means "big root." It is grown around the world, but primarily here in the U.S. daikon radish seeds are planted as a cover crop to prevent soil compaction, which then allows soil to absorb more rainfall.

You can tell Daikon apart from other radishes by its appearance: it has large, fast growing leaves and a long white root which looks similar to a pale carrot. Daikon can grow up to 20 inches long with a diameter of 4 inches. As far as flavor, it is considered milder and less peppery than other radishes. If you prefer to eat it raw, then it will have a mild and tangy taste with a crisp and juicy texture. If you prefer to cook it, it tastes similar to turnips.


Although the root is the most widely utilized part of this crop, don't forget about the green leaves as they offer a wide range of health benefit as well. In Asian countries, daikon radish root is commonly pickled and eaten as a side dish or added to main dishes, grated, cubed or in thin slices.  Are you in to sprouts? Enjoy daikon sprouts (called "kaiware" by the Japanese), which have a pungent and peppery flavor that adds a kick to sandwiches and salads. You don't even have to cook them as daikon sprouts are best eaten raw since they are very delicate and can be damaged by heating. Plant daikon radish seeds to obtain high amounts of potassium, vitamin C and phosphorus which as you know are all very good for  you.