When it comes to grass seed, Outsidepride.com is the authority. That’s because we’re one of the country’s most reliable sources for lawn seeds, ornamental grass seeds, and native grass seeds, all to help you design a beautiful and picturesque landscape for your home. In fact, we feature the best grass seeds for sale on the market, so you can be confident that you have a high-quality and viable product that will look gorgeous on your lawn or outdoor space.

Read more ...
In terms of grass seed types, the United States is generally divided into a northern half, which is the home of cool-season grasses, and a southern half, where warm-season grasses thrive. Let’s take a look at the two, and some of their differences 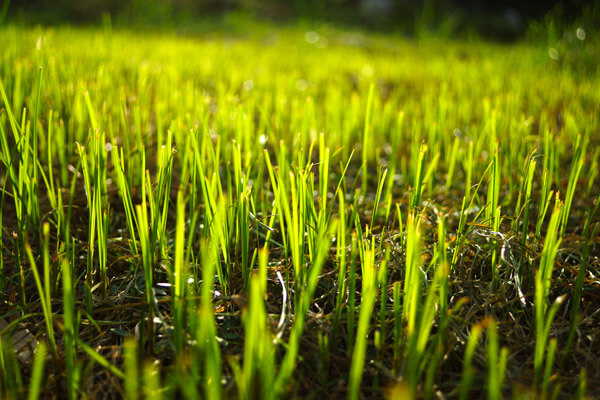 These grasses are more adapted to the climate of the northern half of the country. Typically, areas in the northern half experience cold winters with below-freezing temperatures, and warm summers which lack significantly long hot spells.

Although there are fairly regular rain showers during northern summers, a cool-season lawn will require supplemental irrigation during a particularly hot period. In fact, cool-season grasses need approximately one inch of water to stay alive and green during summertime in the northern half of the United States.

While some cool-season grasses grown from seed can withstand periods of extreme drought by going dormant, extended drought for intervals more than four weeks can cause the death of turfgrass. If this occurs, you’ll need to re-seed your lawn or outdoor area.

Because they prefer soil temperatures between 55 and 65 degrees Fahrenheit, cool-season grasses are most active during the spring and early fall. Consequently, these are the best times of the year to plant as well.

Grasses that thrive in the southern half of Americans are typically of tropical origin, and actually flourish in the roasting summer heat. These warm-season grasses form a thick lawn cover that, when planted from grass seed, gets denser with age.

Warm-season grasses are not very tolerant of shade. If you live in a particularly shady area of the south, you might consider Fescue grass as an option, as it typically performs well in these conditions.

Types of Warm-Season Grass Seeds We Offer:
At Outsidepride.com, we have a huge variety of the best lawn seeds for sale, so we can give you the options to adorn your lawn and enhance your entire home. With their vibrant and attractive color, you can design the perfect landscape that matches your taste and desired look.