Switchgrass (Panicum virgatum) is a summer perennial grass that is native to North America. It is a natural component of the native tall-grass prairie which covered most of the Great Plains, as well as the south and eastern United States. This native grass grows best in areas that receive 30 inches of rainfall a year or in irrigated areas with average to wet soils. It is resistant to many pests and plant diseases, and it is capable of producing high yields with very low applications of fertilizer. This means that the need for agricultural chemicals to grow switchgrass is low to non-existent. Switchgrass also is very tolerant of poor soils, flooding and drought.

Switchgrass usually grows 3 to 5 feet in height. Even as a seedling, it can be distinguished from other native grasses by the dense patch of hairs at the point where the leaf blade attaches to the sheath. The stem is round and usually has a reddish tint. The seed head (panicle) is spreading and open. Foliage turns a beautiful yellow in fall. Holds its form well throughout the winter and it is also excellent material for fresh and dried arrangements. Used often as an ornamental grass.

When switchgrass is used for pasture it must be grazed before seedstalks develop. Before seedstalks develop, forage quality is high and palatability good. After seedheads emerge, nutrient levels become low and switchgrass becomes unacceptable as pasture. Animals are reluctant to eat mature switchgrass and may refuse it entirely if other feed is available. Begin grazing switchgrass when it becomes ready to graze, regardless of how much grazing potential remains on cool-season pastures. Switchgrass matures earlier than most warm-season grasses, so grazing often needs to begin while cool-season grasses still provide good forage. It is better to graze this native grass when it is ready and then graze the remaining cool-season grass later in the summer, than to finish grazing the cool-season grass first and let the switchgrass become stemmy. If switchgrass becomes stemmy before grazing begins, cut it for hay and graze the regrowth about 45 days later. Deer, quail, turkey, and rabbit also like this native grass.

Switchgrass may be able to play a significant role in improving water quality. It could be planted on highly erodible sites and on field borders. As well, it may be used on sandy soils where excessive nitrate leaching is associated with conventional corn production methods.

8 - 12 PLS lbs per acre or 1/2 - 1 PLS lb per 1000 square feet for ornamental plantings. Switchgrass is most productive on moderately-well to well drained soils of medium fertility and at a soil pH range of 5.5 to 7.0. It can tolerate wet sites and survive short-term flooding.

PLS pounds - Pure Live Seed, or PLS, is the percentage of viable seed in a given lot. It is calculated by multiplying the purity percentage by the total germination percentage. For example, 95% purity multiplied by 85% total germination equals a 80.75% PLS. This means that out of every bulk pound of that bag of native grass seed that you plant, 80.75% of it is actually seed of that tagged variety and has the potential to germinate.

Switchgrass is native to North America: it is the tall grass which covers the prairies of the Great Plains. 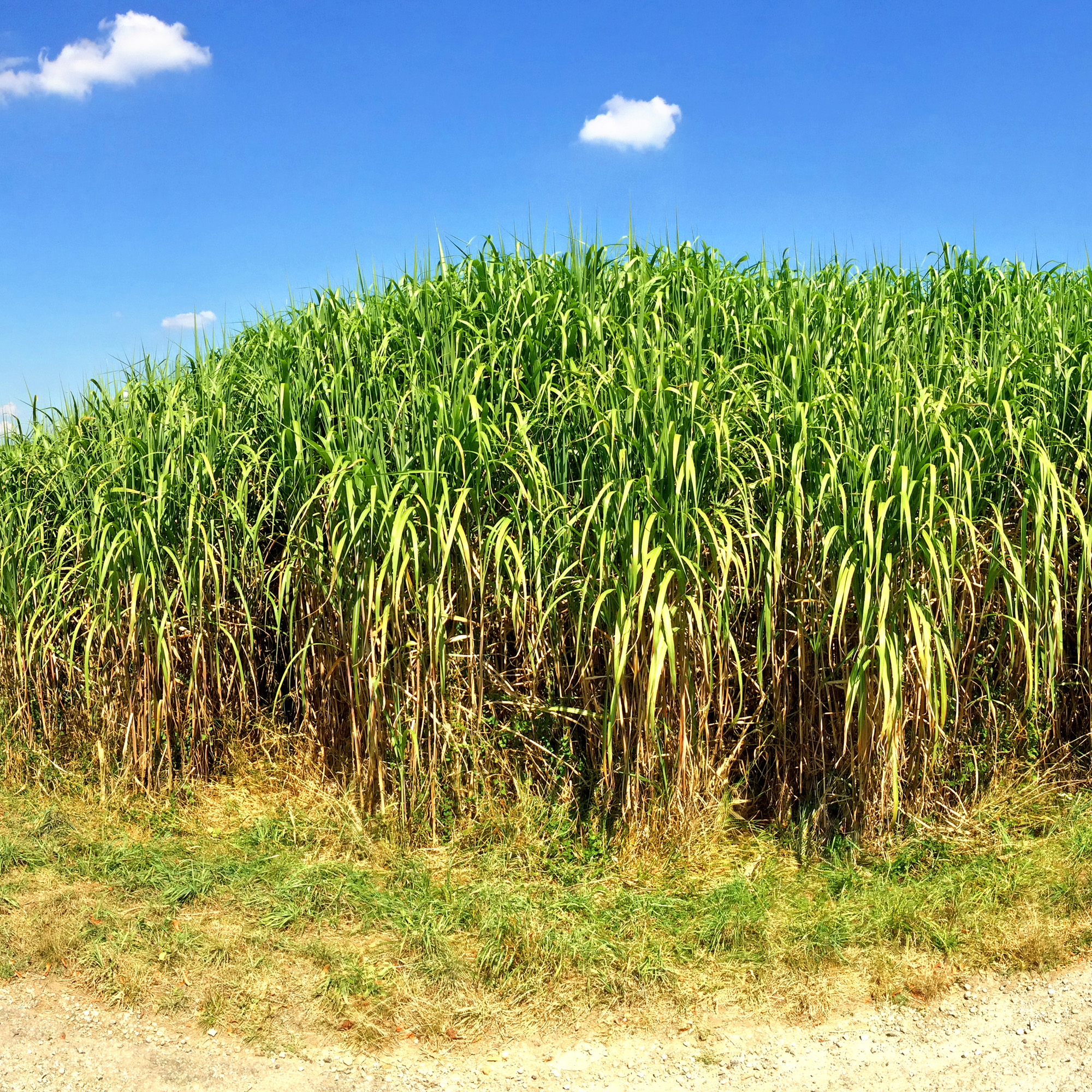 The suggested seeding rate for switchgrass is 8-12 pounds of pure live seed (PLS) per acre, or 1/2 - 1 PLS pound per 1000 square feet for ornamental plantings. Switchgrass should be planted in the spring after soil temperatures are above 60°F. Plant in a firm, prepared seedbed at a depth of 1/2 to 3/4 inch. Note that switchgrass is slow to get established, spending its starting years developing a deep root system. 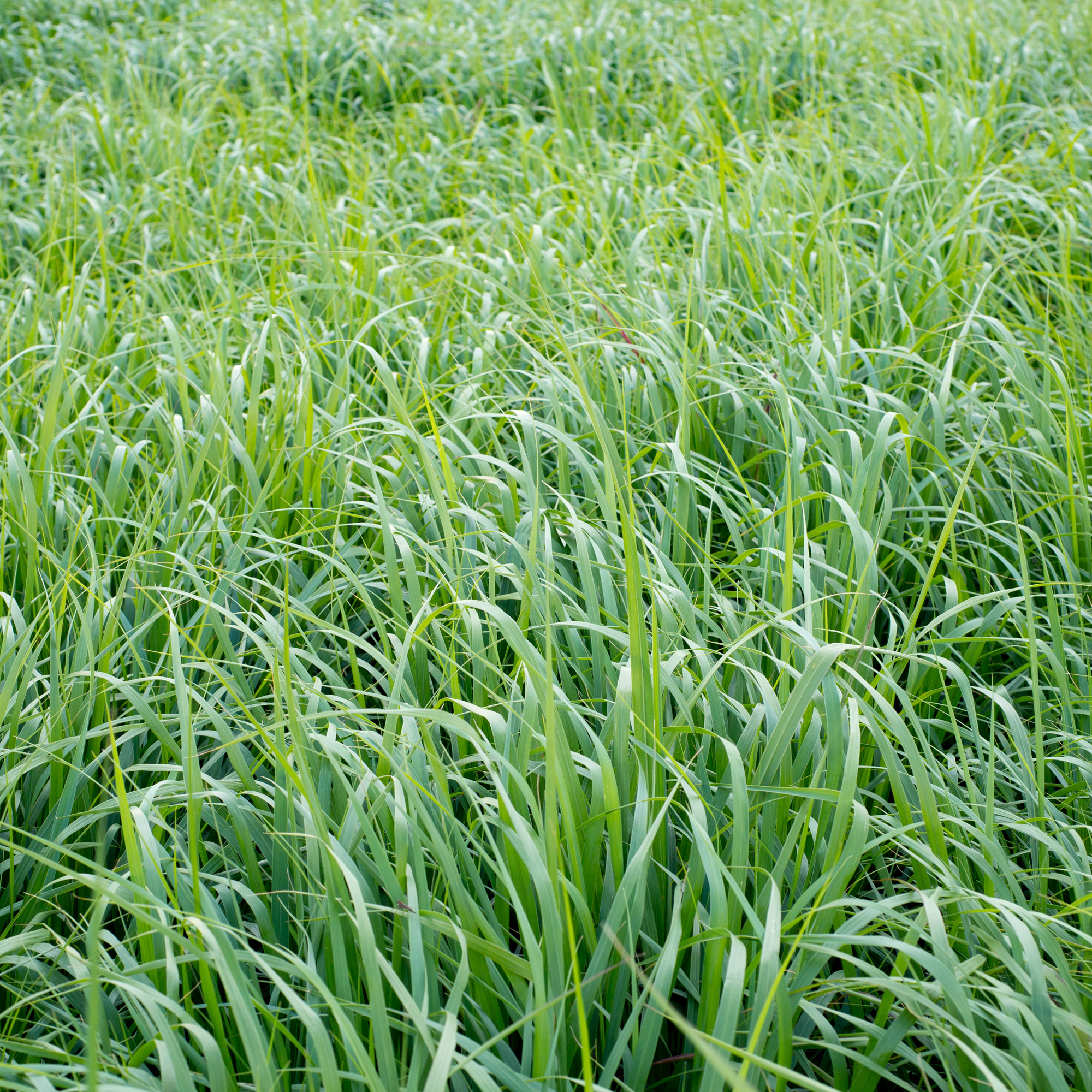 Switchgrass leaves have a blueish cast, and the stalk has a reddish tint. Leaves can grow up to 2 feet in length.