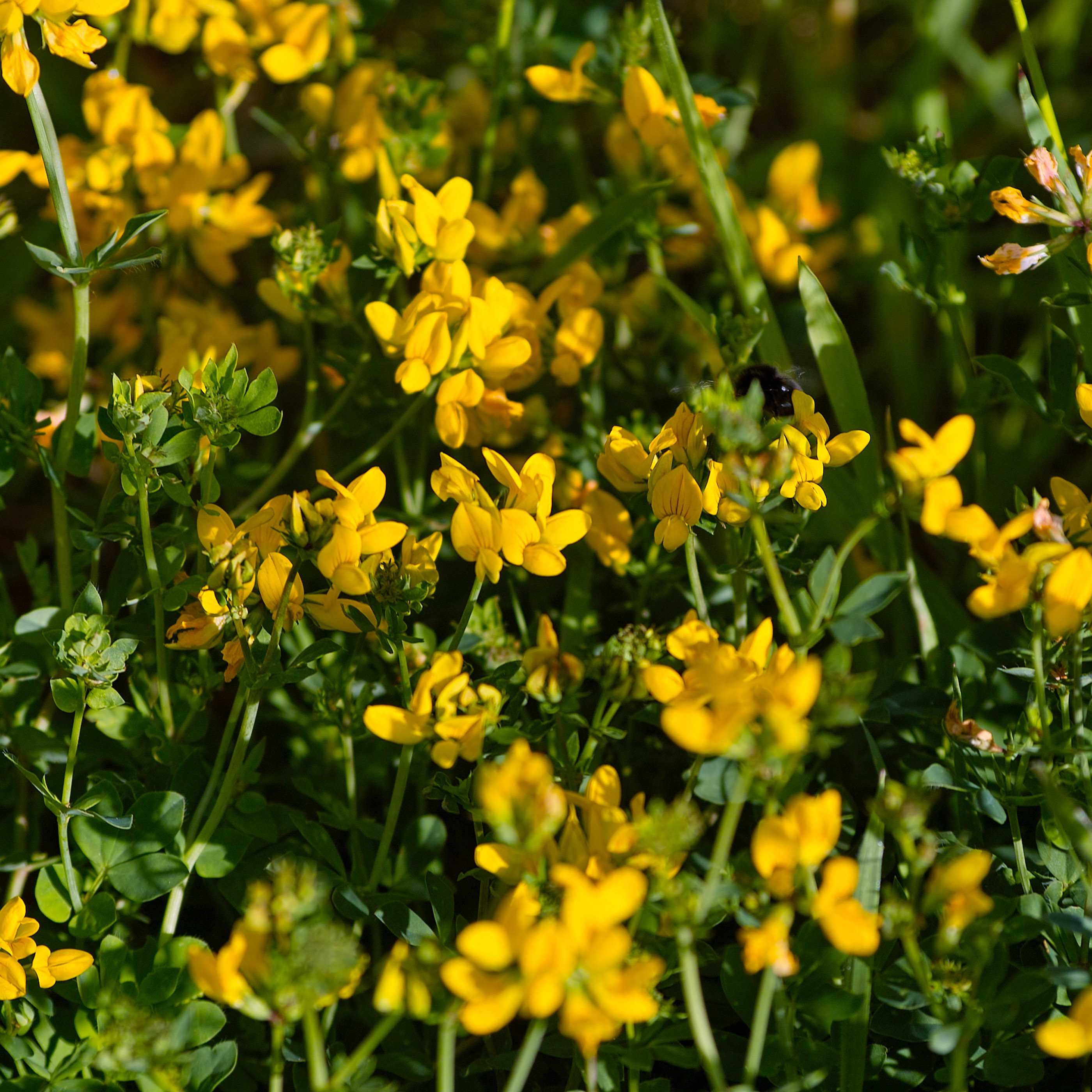 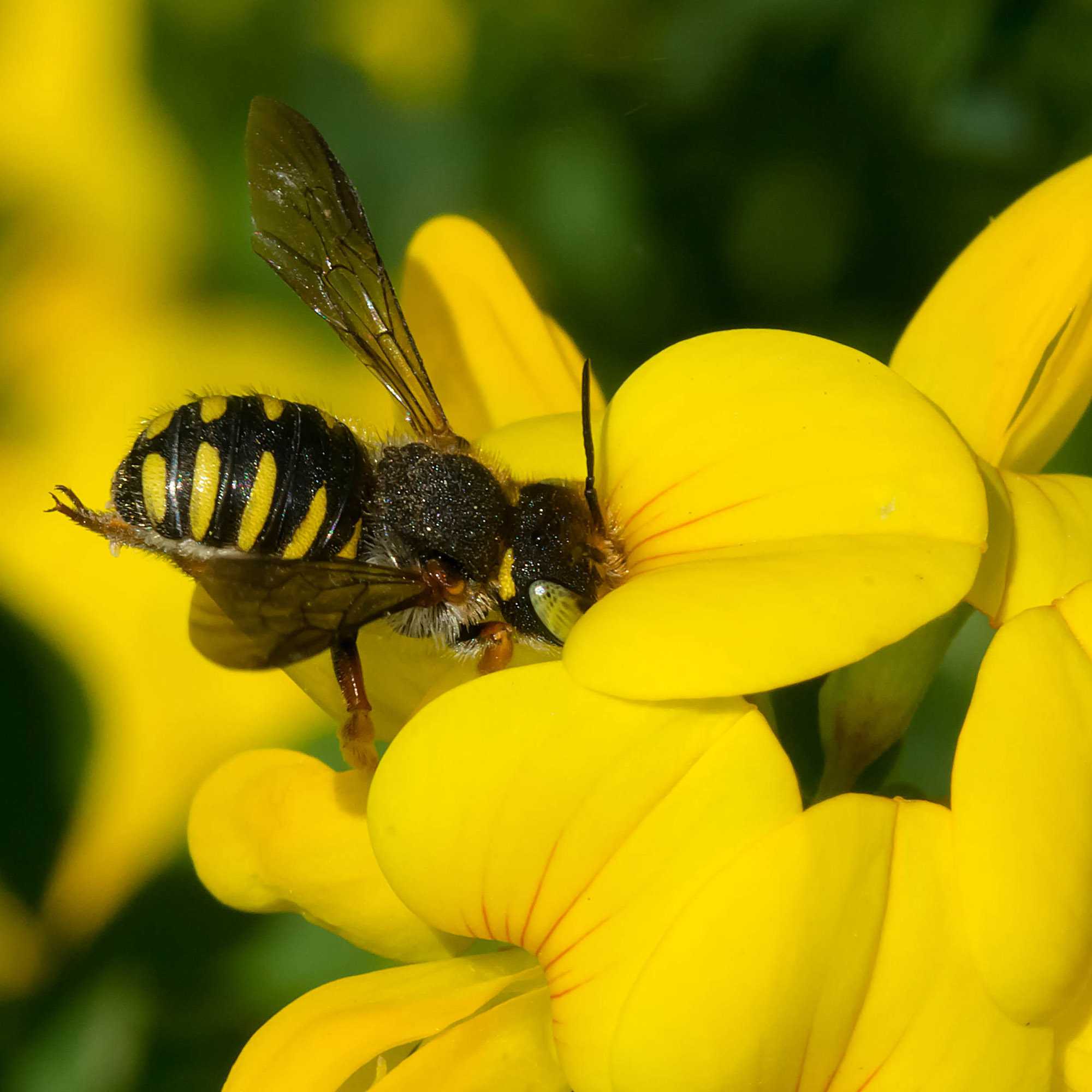 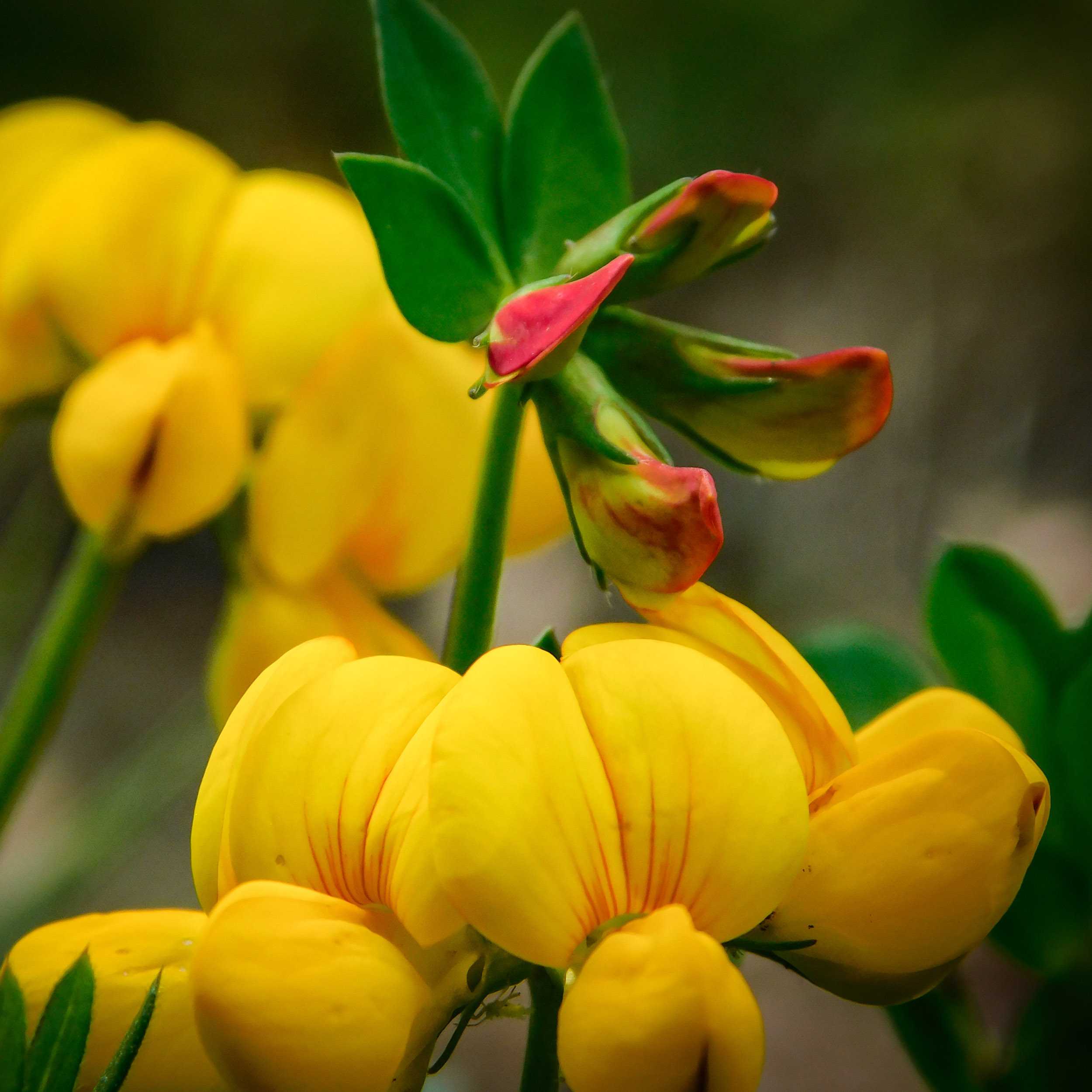 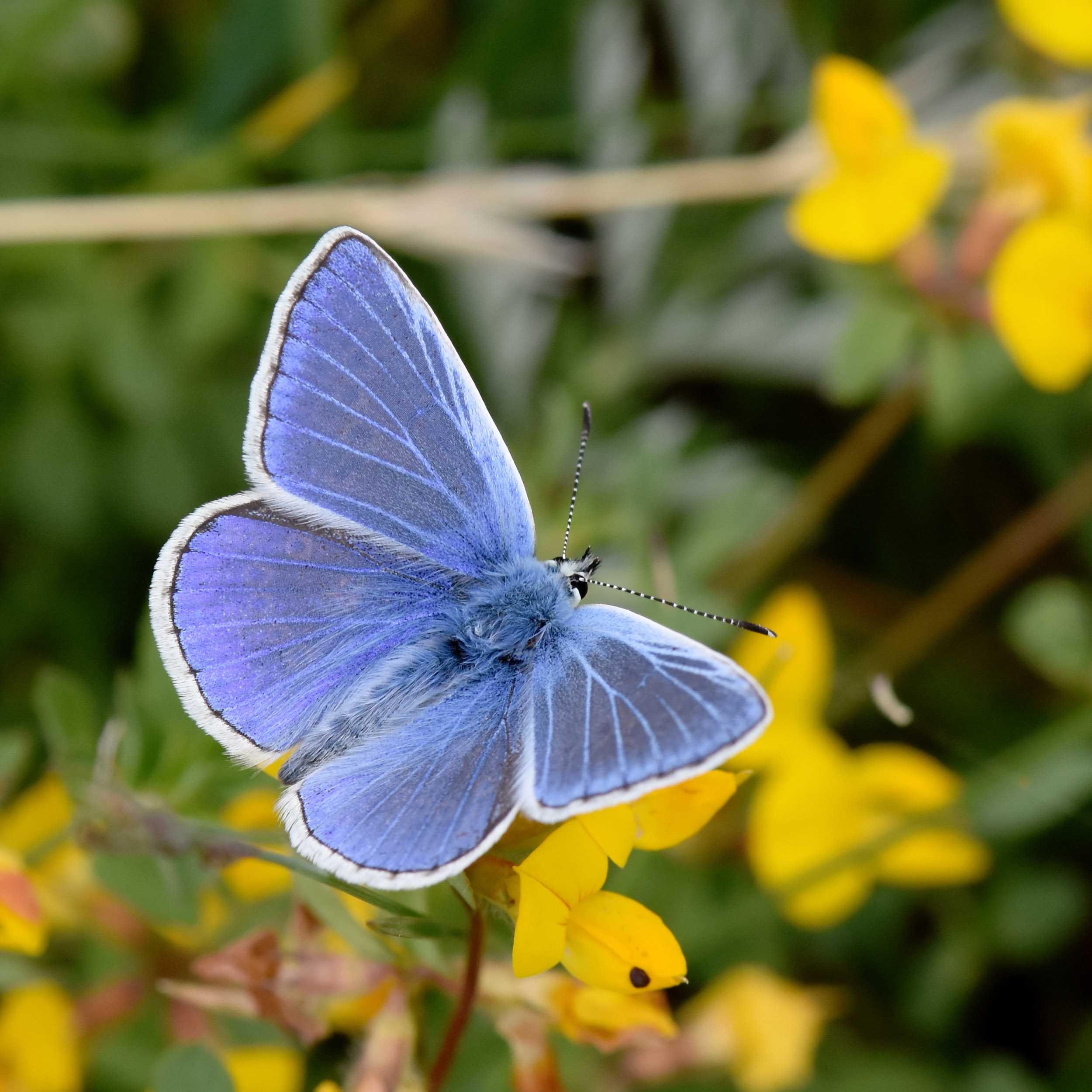 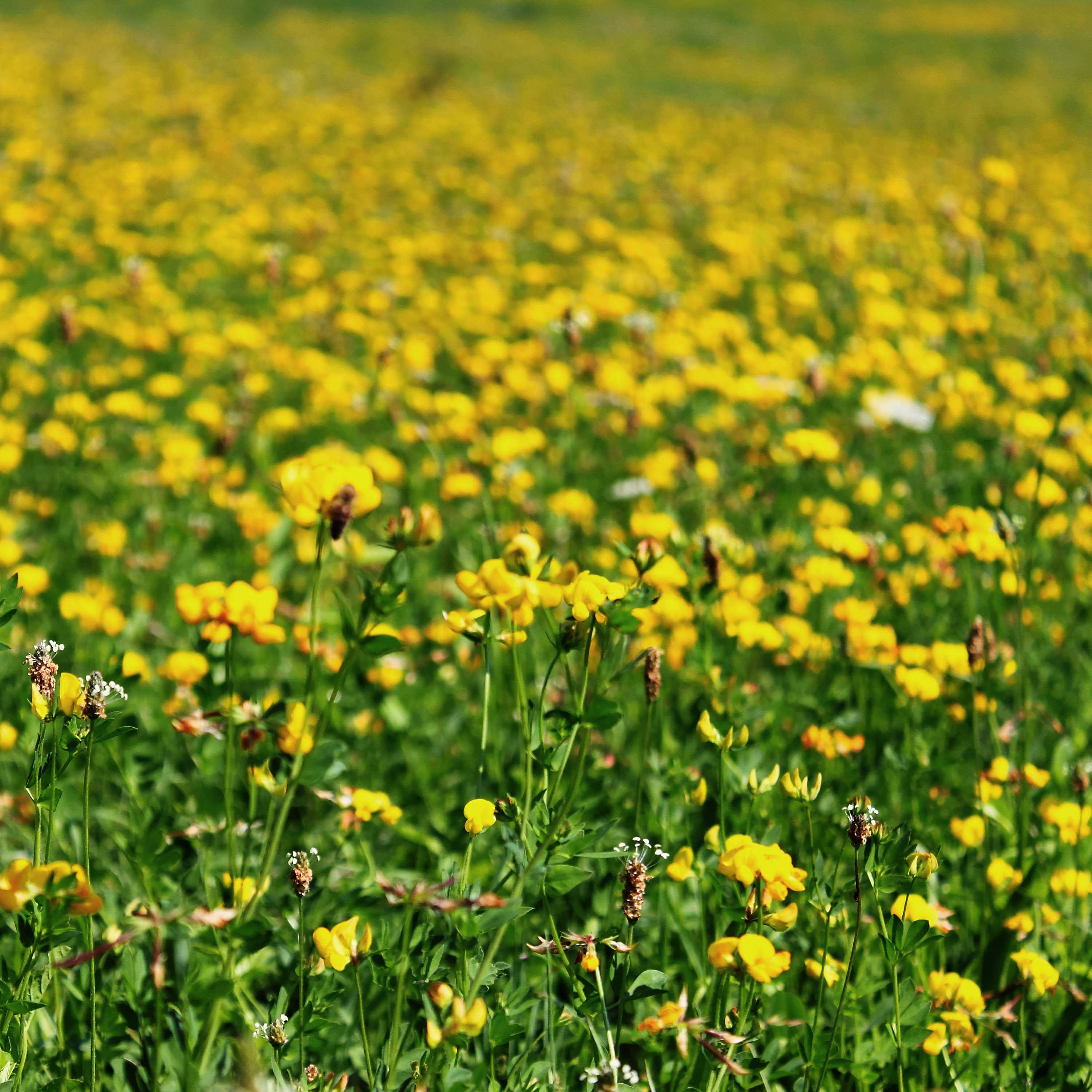 Also known as "broadleaf birdsfoot trefoil," this long-lived, deep-rooted perennial forage legume is used for pasture, hay and silage. It grows on many different soil types, from sandy loams to clays. It accepts poorly-drained, droughty, infertile, acid or mildly alkaline soils. Most productive on fertile, well-drained soils with a pH of 6.2-6.5 or higher.

The nutritive value equals that of alfalfa, and there is no apparent problem from bloat, evern where pure stands are grazed.

Species of Lotus are widely distributed throughout the world. Birdsfoot trefoil (Lotus corniculatus) is grown in the northeastern and north-central states and in the Pacific Northwest coastal and intermountain areas. It is suited to clay soils and areas that are too wet or too acid for alfalfa production.

Weak seedling vigor is the major problem encountered when establishing stands. Because birdsfoot trefoil has a relatively slow growth rate and small seed size, good seeing practices and weed control are essential. Seeding rates for various mixtures are indicated in the table. Seed should be covered slightly or planted inch deep. Planting seed above a band of fertilizer (band seeding) but not in contact with the fertilizer will enhance seedling vigor. Planting can take place in the early spring or late summer. Early spring planting is preferable because of ample soil moisture for germination and seedling development.

One of the major advantages of birdsfoot trefoil is its tolerance to low fertility and to low soil pH. However, maximum forage growth will occur on fertile soils with a pH of 6.0 to 6.2. A moderate application of phosphorus and sulfur at planting based on soil test data, will provide for good growth.

Early spring or continuous grazing of birdsfoot trefoil will weaken and eliminate a stand. Rotational grazing should be used, allowing animals to graze when the first flowers appear. For use as pasture, this will allow two grazing periods on dryland pastures west of the Cascade Mountains or three grazing periods on irrigated land.

If used as a combination of hay and pasture, a hay crop can be taken at early bloom (June) and the regrowth grazed at first flower. On irrigated areas, two regrowths can be expected and can be used as hay or pasture. The third hay crop, or grazing period, can be expected in September. Regrowth can be grazed in October and November.

Birdsfoot trefoil is persistent and has a long life when managed properly.

The most likely causes of loss of stand are continuous, hard grazing; competition through shading from too much grass and weeds; and excessively poor drainage such as standing water. Allowing some seed production during lenient grazing in summer will thicken the stand as the shattered seeds germinate quickly with irrigation or rain.

It is relatively free of insect and disease damage, and is very winter hardy once established.