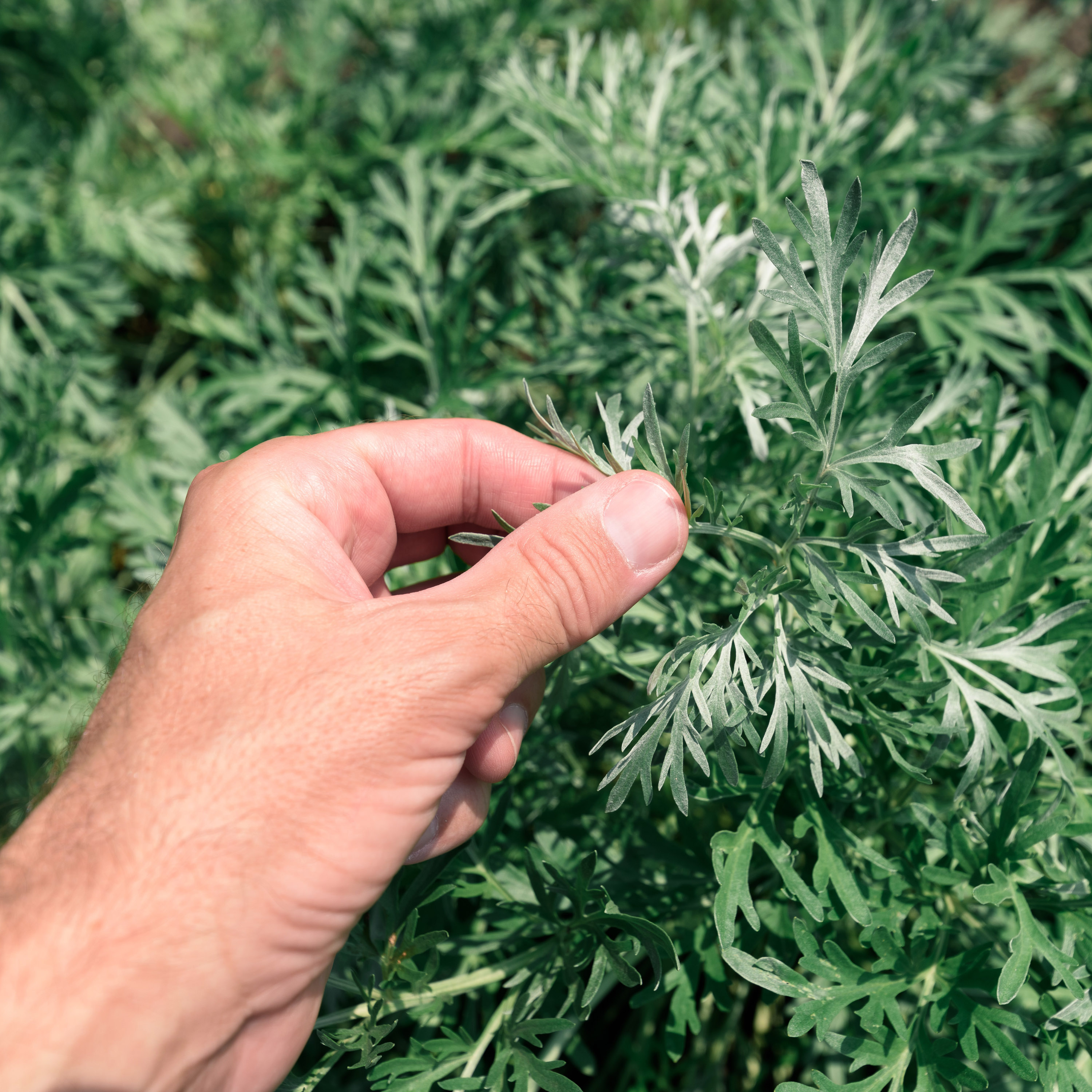 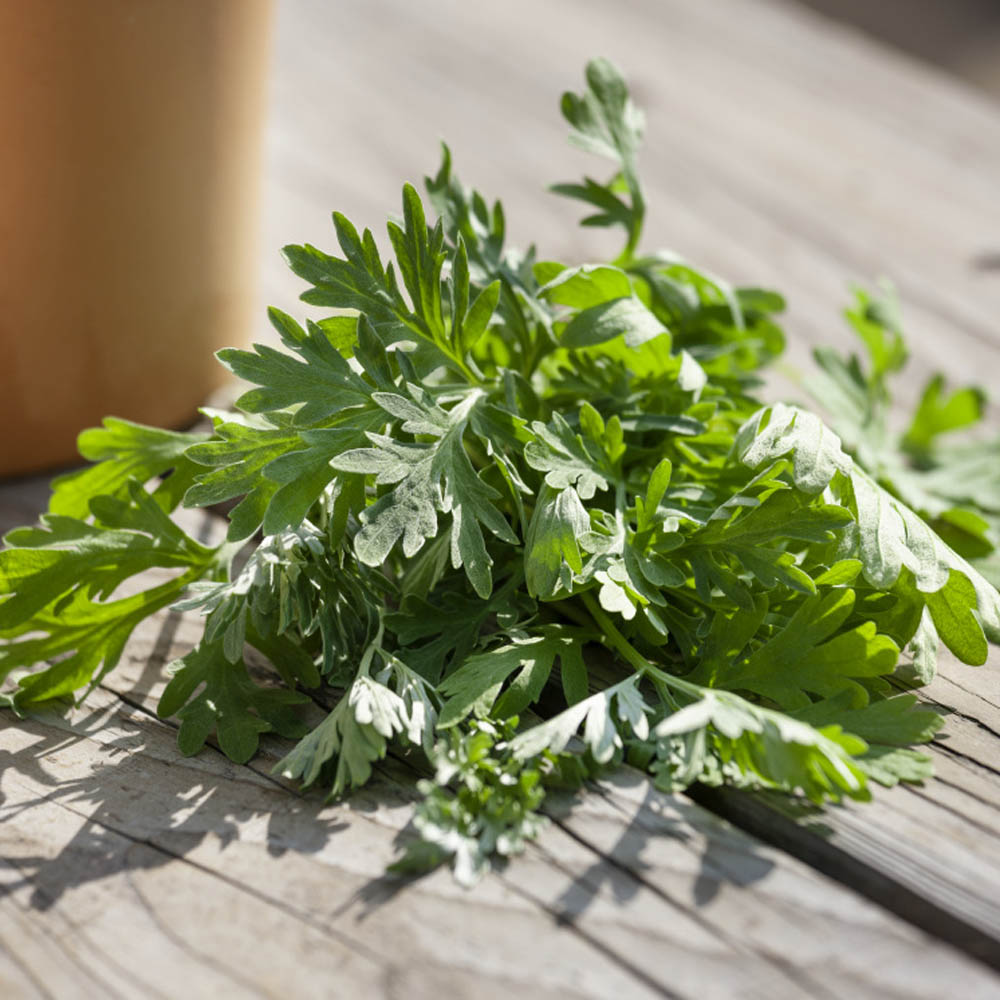 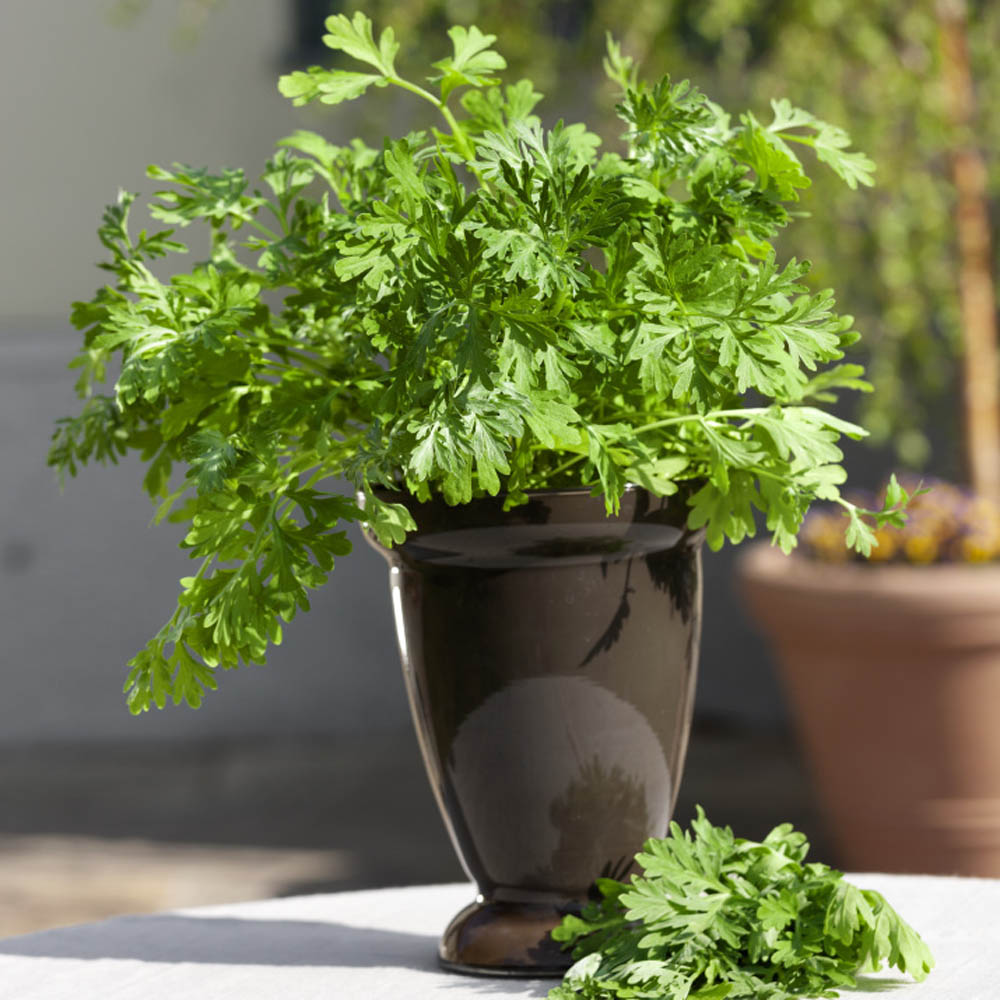 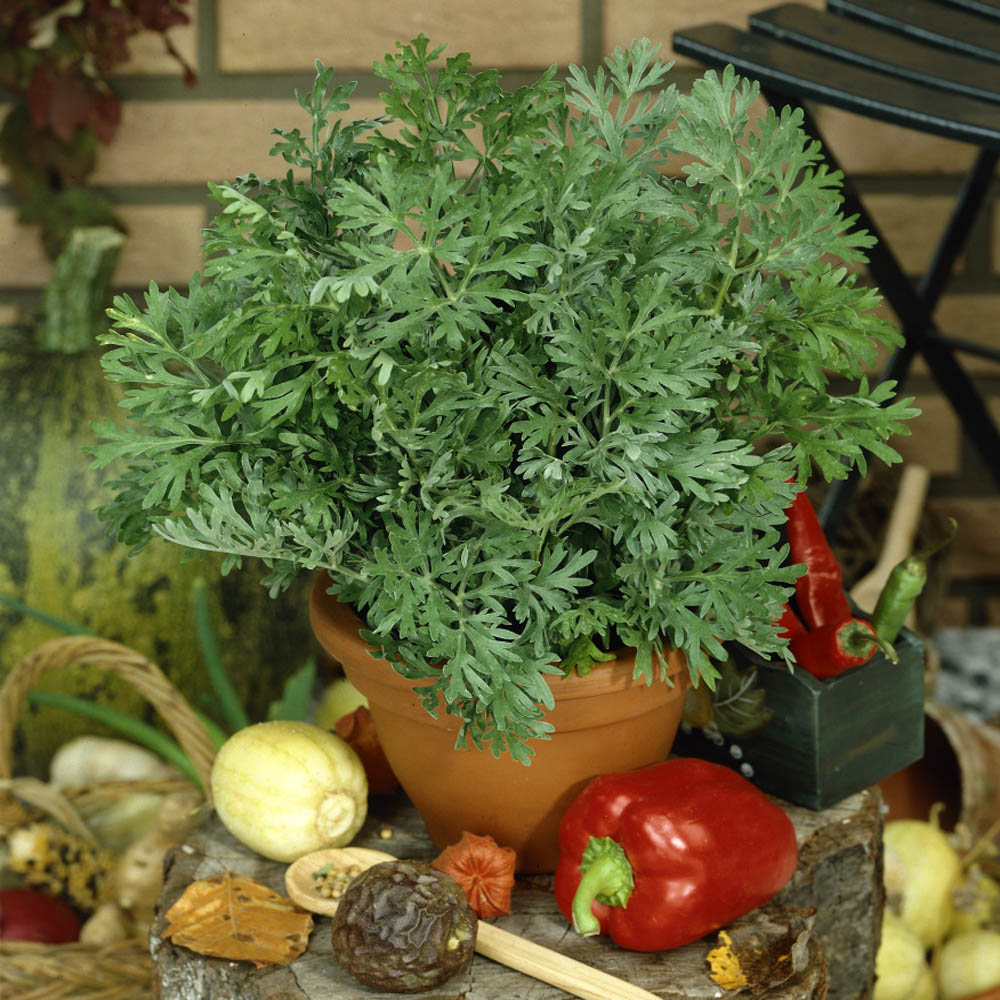 Wormwood (Artemisia Absinthium) - Start Wormwood seeds for an attractive addition to the herb garden! It has finely-divided foliage that is gray-green in color and aromatic. In mid-summer, it produces many yellow flowers. Wormwood herb plants have a long history as a medicinal herb with use dating all the way back to the ancient Egyptians. They used Wormwood to rid the body of worms. It is still used to stimulate and aid in digestion. Other uses include being used as a moth repellant and a general pesticide. The Wormwood herb is also referred to as Grand Wormwood and Absinthe Wormwood.

It is a hardy herb plant that tolerates cold temperatures and poor soils. It thrives in partial shade during the hottest part of the day. Care must be taken to give it plenty of space from other herbs in the garden. Wormwood contains a chemical, absinthin, that can be toxic to other plants. For this reason, many herb gardeners prefer to grow it in a container. Water only when the soil has dried out. Cut back the dead foliage each spring to revive it and encourage fresh growth.

How To Grow Wormwood From Herb Seeds: Start Wormwood seeds indoors 10 to 12 weeks before time to transplant outdoors. The herb seeds can be pressed into the soil but not covered. Place the starter tray in plastic to help seal the moisture in and keep the tray in a well lit area but out of direct sunlight. Watch for seedlings to emerge and remove them from under the plastic. Grow the seedlings in a sunny window, harden the seedlings for 10 to 14 days before transplanting. Harvesting Wormwood is usually done in mid-summer. When the plants are fully flowering, pick the upper portions of the stalks. Tie the stalks together and hang them upside down in a dark well-ventilated place. When the stalks are dried, store in an air-tight container in a dark place.