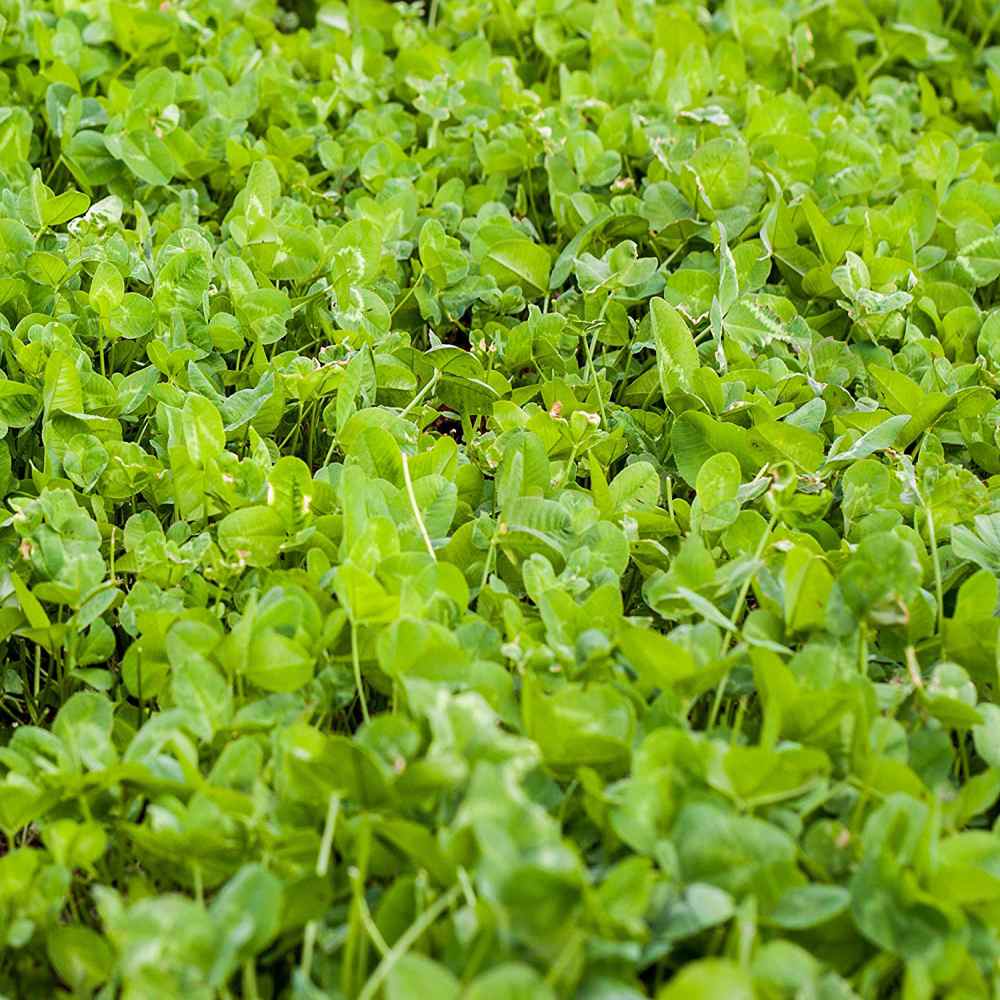 Clover King is the ideal perennial blend for attracting deer. Makes a great deer food plot seed as it is 90% clover with 10% alfalfa for extra flavor and palatability. This mixture of clover and alfalfa will provide approximately 30% protein for the majority of the year for increased antler growth. A single planting can last up to 5 years without re-seeding. Clover King deer food plot seed gives you up to 5 years of deer-attracting and growing benefits from the effort of just one planting. Plus, it's heat-resistant, disease-resistant, and cold-tolerant to endure changing conditions.

Marco Polo White Clover is the ideal variety for a combination of grazing and cutting. It is early in spring growth and will yield equally over the summer period. Marco Polo has shown to have good cold tolerance and a high resistance to the diseases that attack clovers in mild winters with changing temperatures. Marco Polo is an intermediate clover with medium to large leaves with a strong and erect growth making it an ideal deer food plot seed. White Clover can be planted in the spring or the fall. If planted in the fall, allow at least 8 weeks before the killing frost. Frost seeding also works well.

A large white clover (terrific deer food) which makes up about half the total white clover acreage in the U.S. Its high nutritive value and palatability make it a popular choice in pasture mixtures. It is not deep rooted, and will not tolerate much drought. It is two to four times as large as common white clover so it can produce much more forage then common white clovers.

Alfalfa is one of the most important legumes used in agriculture. However, alfalfa has a wide range of adaptation and can be grown from very cold northern plains to high mountain valleys, from rich temperate agricultural regions to Mediterranean climates and searing hot deserts. Alfalfa lives from three to twelve years, depending on variety and climate. It is a cool season perennial legume, growing to a height of about 3 feet. It resembles clover with clusters of small purple flowers. It also has a deep root system sometimes stretching to 15 feet. This makes it very resilient, especially to droughts. Alfalfa is very high in protein which makes it a great addition to any deer food plot seed blend.