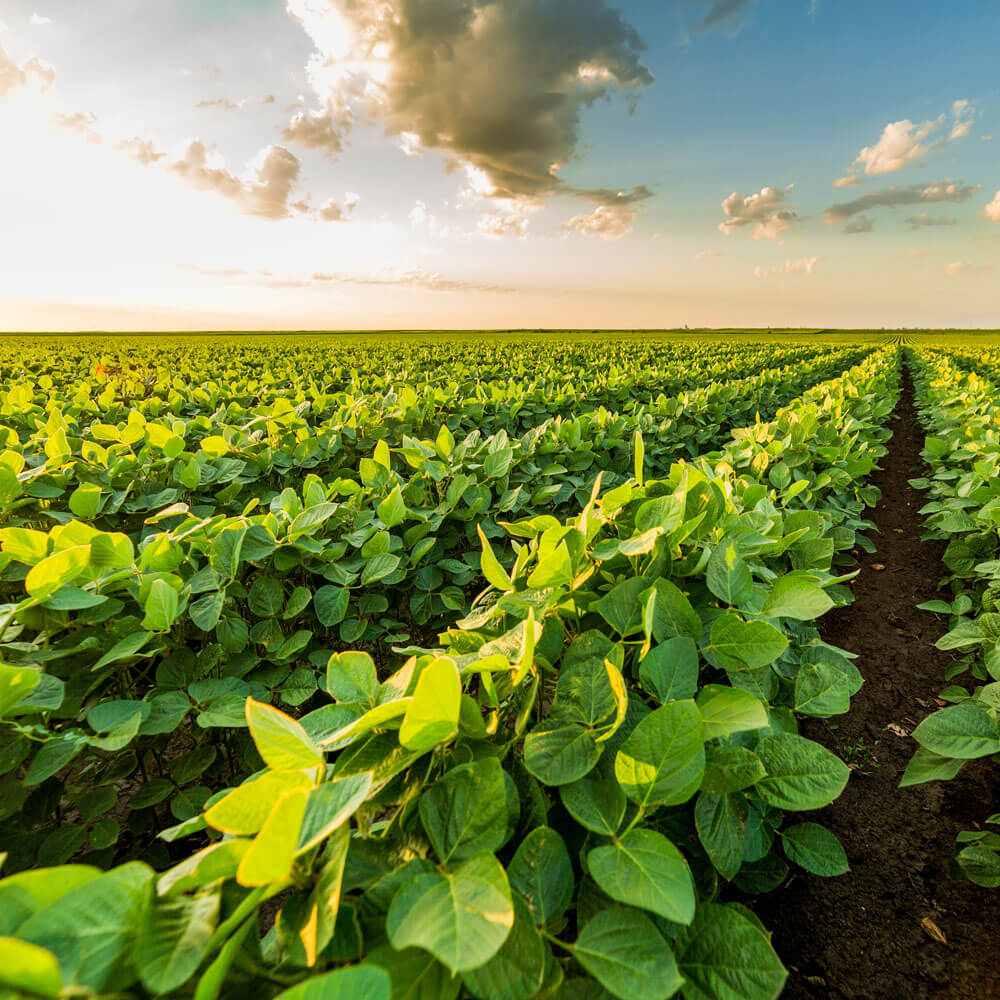 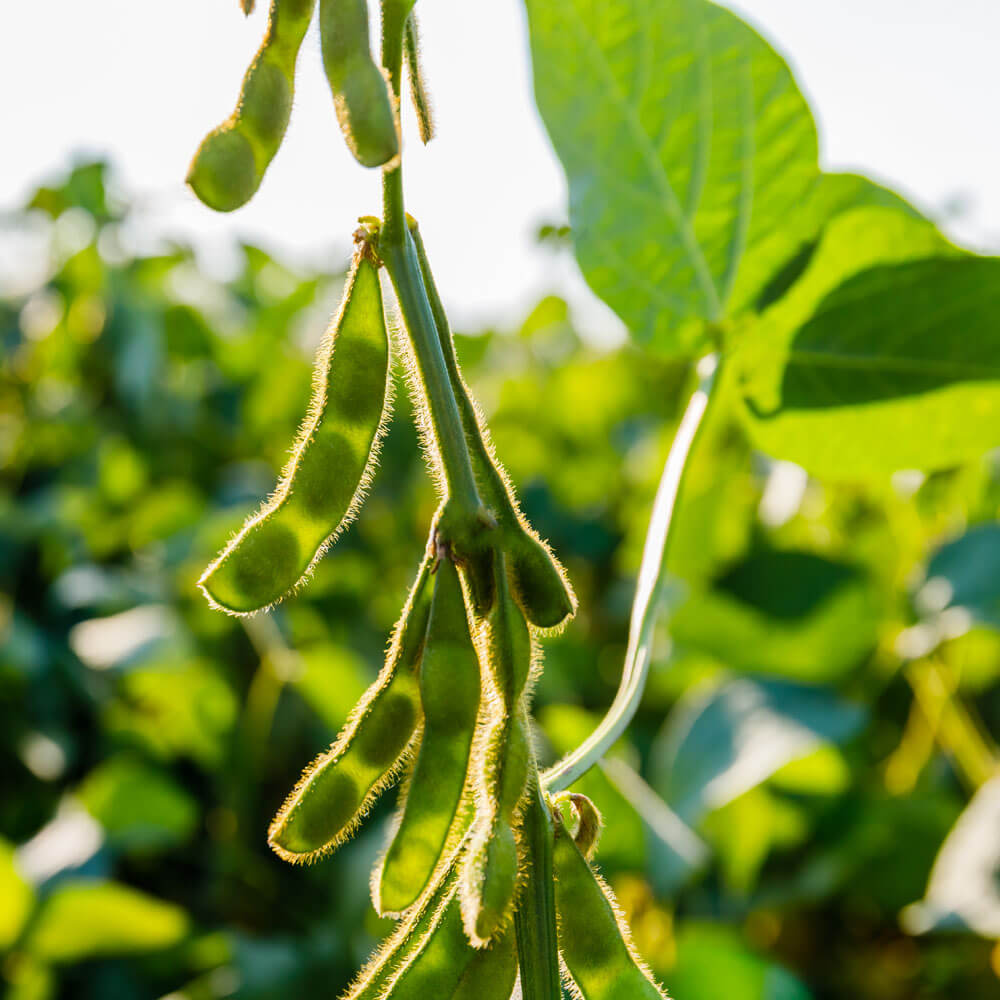 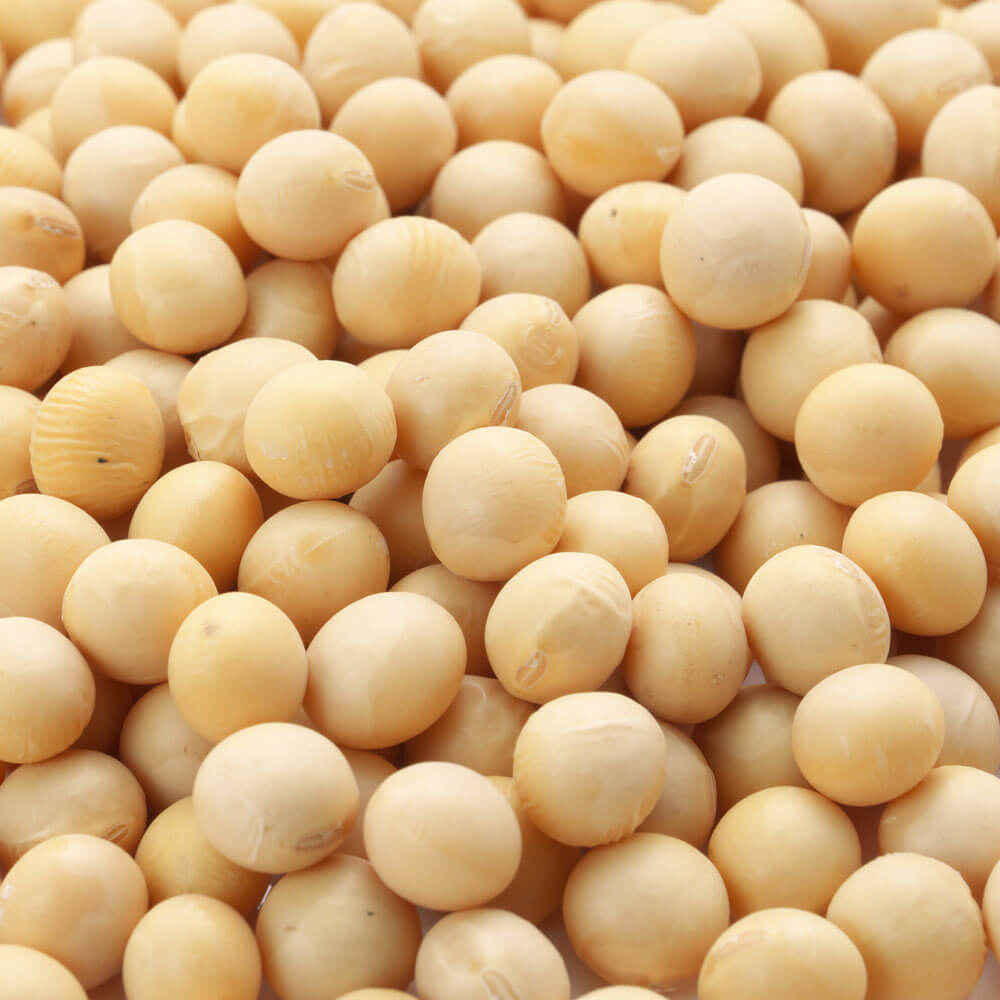 Soybeans (Glycine max KS 5004N) - An heirloom variety which features good resistance to soybeans cyst nematode and soybean mosaic virus. It is an annual legume of the pea family which has edible seeds. The soybean is economically the most important bean in the world, providing vegetable protein for millions of people and ingredients for hundreds of chemical products.

When the farmer sells soybeans to a grain dealer, the beans may then go to a number of ultimate destinations. When processed, a 60-pound bushel will yield about 11 pounds of crude soybean oil and 47 pounds of soybean meal. Soybeans are about 18% oil and 38% protein. Because soybeans are high in protein, they are a major ingredient in livestock feed. Soybeans are processed for their oil and meal. A smaller percentage is processed for human consumption and made into products including soy milk, soy flour, soy protein, tofu and many retail food products. Soybeans are also used in many non-food industrial products.

Soybean processors bake the high-protein fiber that is left after the oil is removed and sell it for animal feed. Soybean oil is used in cooking and frying foods. Margarine is a product made from soybean oil. Salad dressings and mayonnaises are made with soybean oil. Some foods are packed in soybean oil such as: tuna and sardines. Baked breads, crackers, cakes, cookies and pies usually have soybean oil in them.

The high-protein fiber which remains after processing has removed the oil is toasted and prepared into animal feed for poultry, pork, cattle, other farm animals and pets. The poultry and swine industries are major consumers of soybean meal. Over half of the soybeans processed for livestock feed are fed to poultry, about one-quarter is fed to swine, and the rest is used for beef cattle, dairy cattle and pet food.

For humans and animals

For humans nearly all soybeans are processed for their oil. Processors take the raw soybeans and separate the oil from the meal. The oil may be refined for cooking and other edible uses, or sold for biodiesel production. 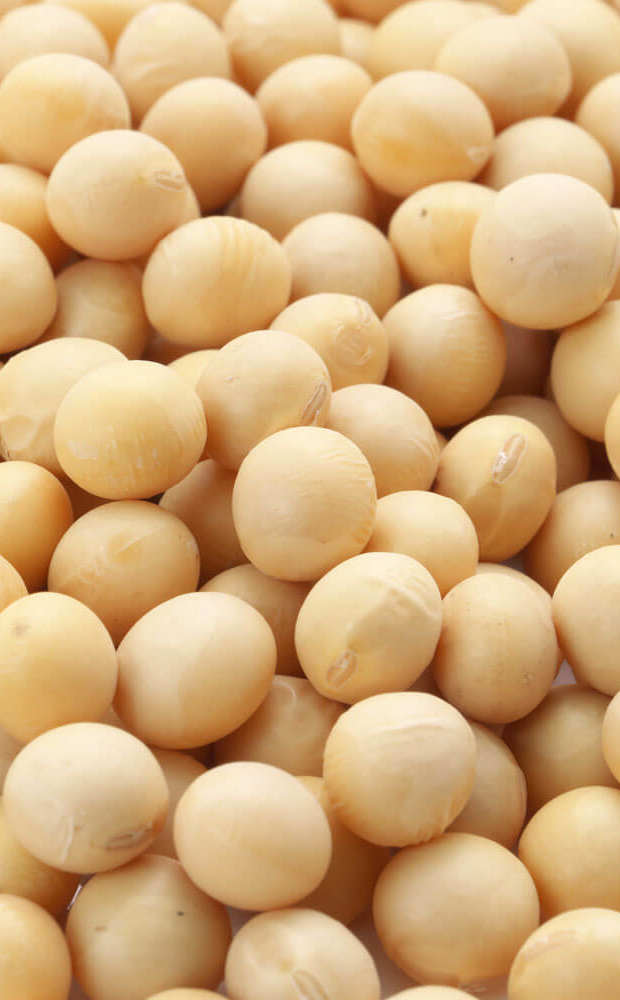 Planting Soybean Seeds: Space rows between 7.5 and 15 inches for maximum soybean yield. Seeds should be planted between 0.75 and 1.5 inches deep, depending on soil type and tillage. Seeds can be planted shallower in heavy soils, such as high-clay soils. Uniform seed placement promotes uniform emergence, which is better than staggered emergence that can result in plant-toplant competition. The exact pounds per acre depends on the width of rows and spacing of plants.

A little over 3 bushel per acre more than the popular Manokin variety. KS 5004N has excellent adaptation to midwestern states and captures a large percentage of the non-GMO acres. When processed, a 60-pound bushel will yield about 11 pounds of crude soybean oil and 47 pounds of soybean meal.