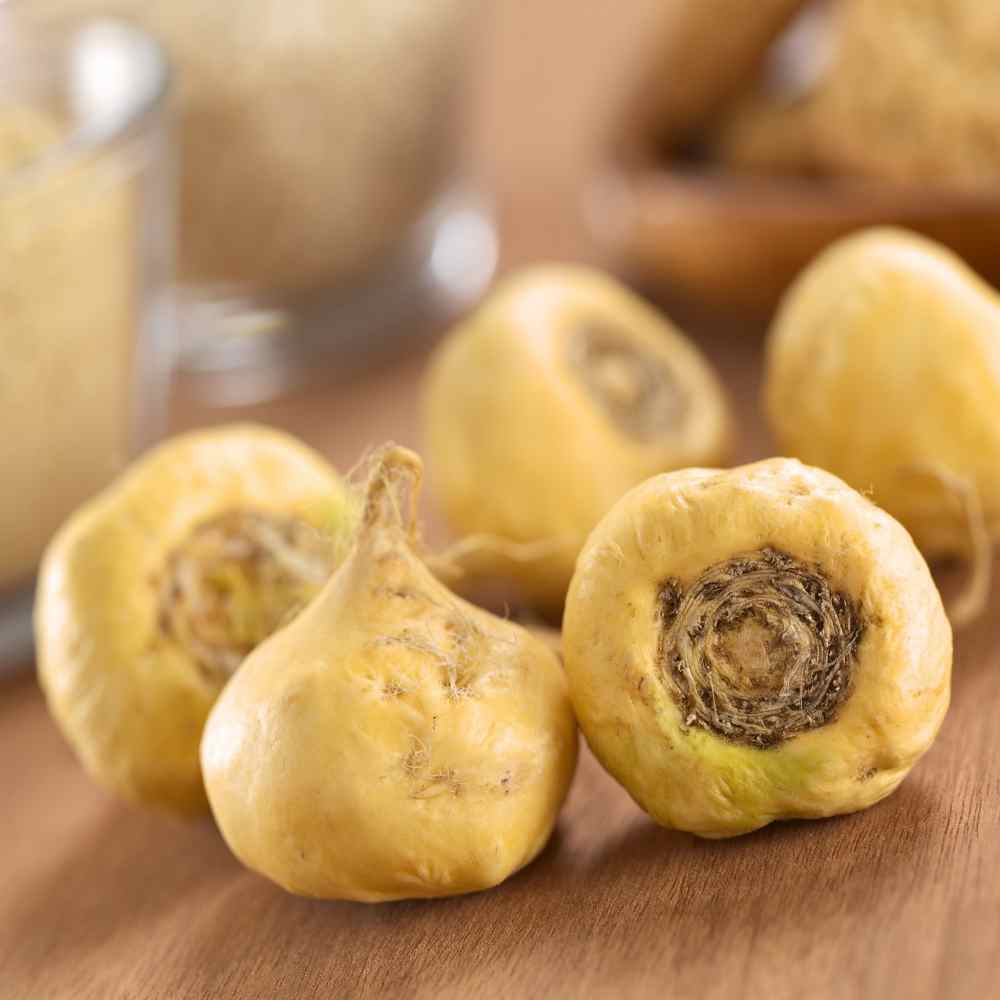 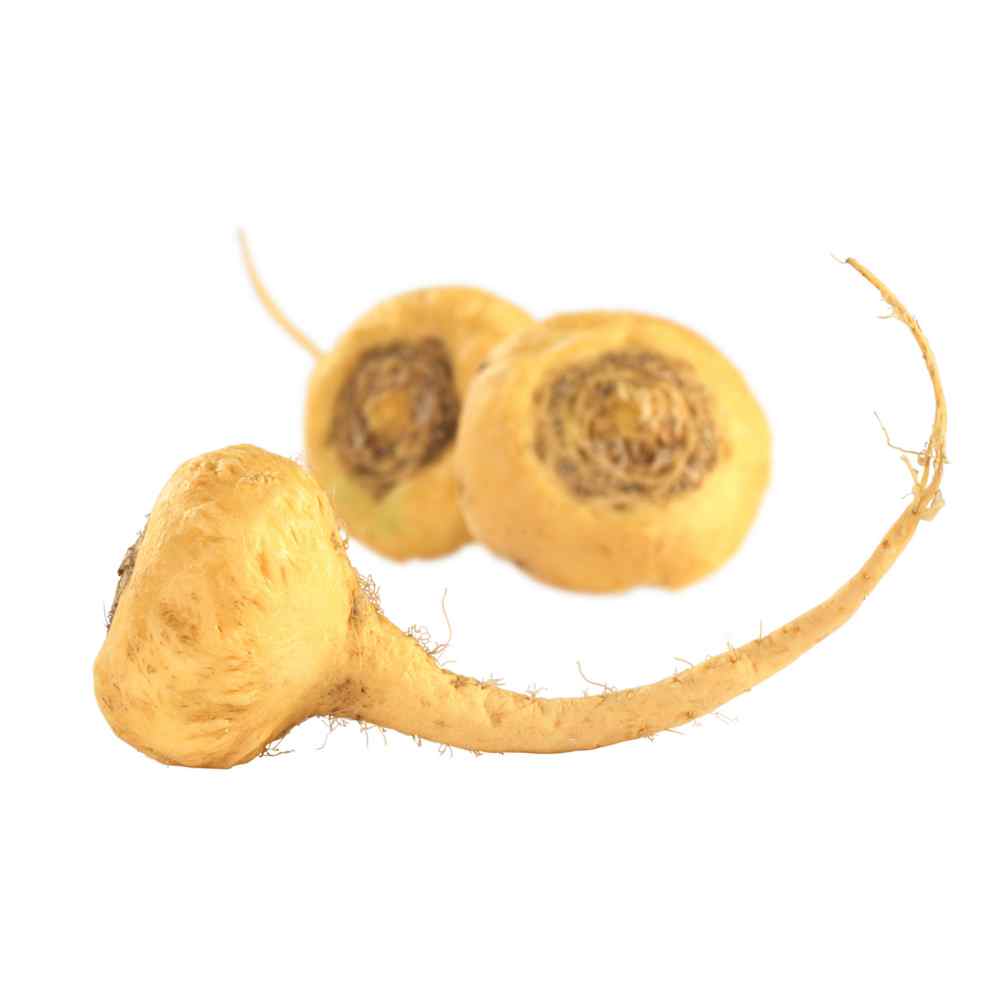 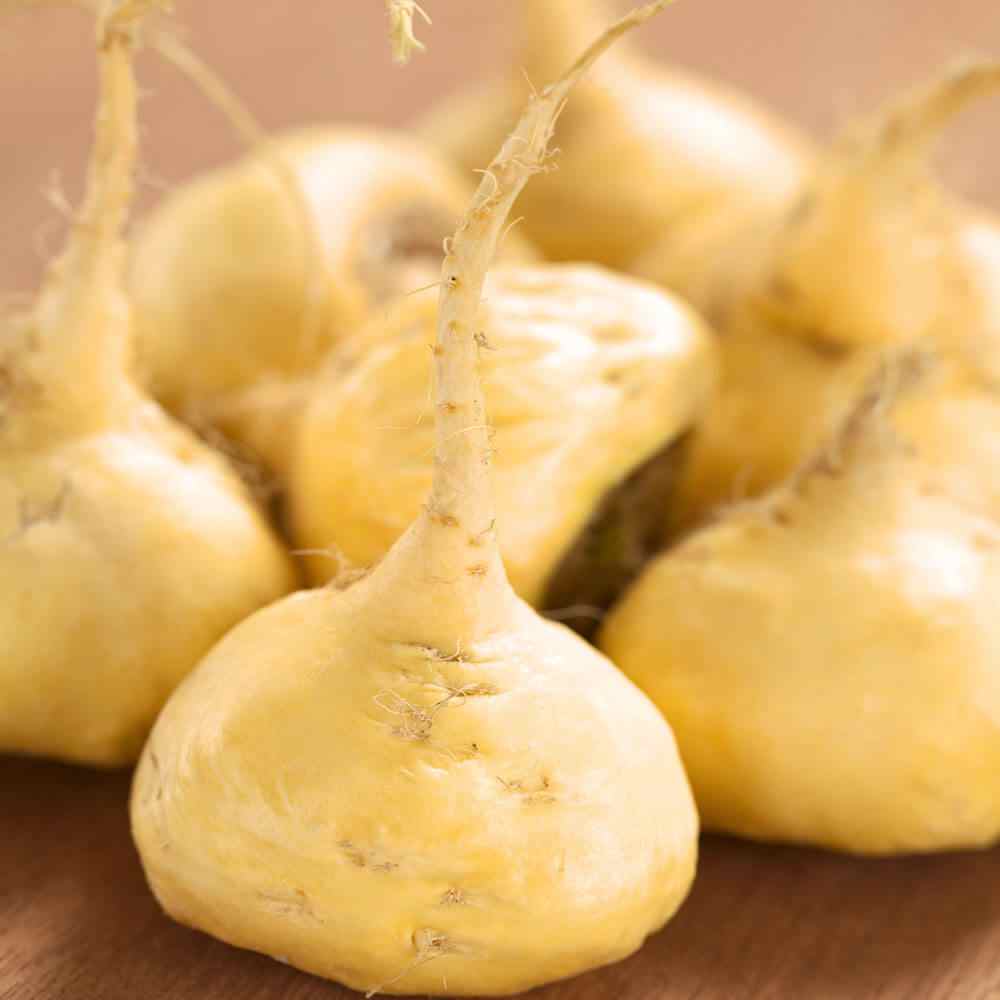 Maca (Lepidium Meyenii Maca) - Also known as Peruvian Ginseng or Pepperweed, Lepidium Meyenii is an herb native to the high Andes of Peru and Bolivia. The leaves of this plant form rosettes atop a taproot that resembles a turnip albeit smaller reaching two to three inches in diameter. This species has been used for centuries dating back too Incan warriors who took the herb before battle. Also known as Maca, this highly nutritious plant is said to improve strength and endurance. It is also distributed around the world as an aphrodisiac. In addition to these benefits, maca is widely used as an edible in its native region for both humans and livestock.

Like turnips, the root is boiled and eaten. The root is also ground into flour, and the leaves are used raw like lettuce. Some people even ferment the plant to produce a weak type of beer. The roots have a very unusual flavor, something like a combination of radish and butterscotch. Maca requires a long frost free growing season and grows poorly where summer temperatures exceed 75 degrees.